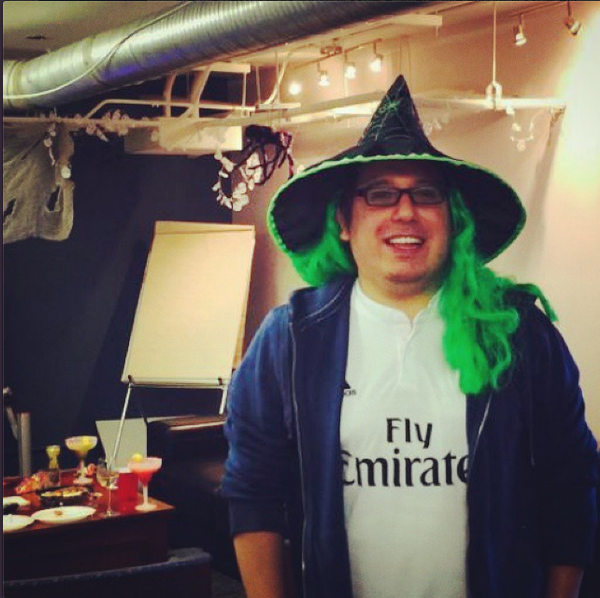 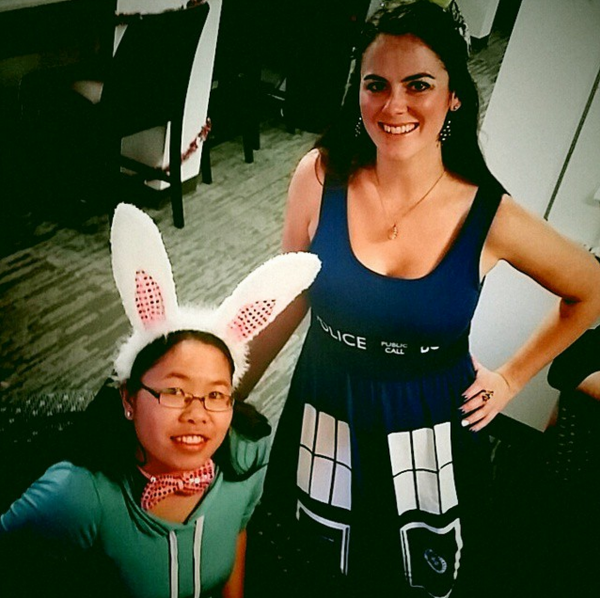 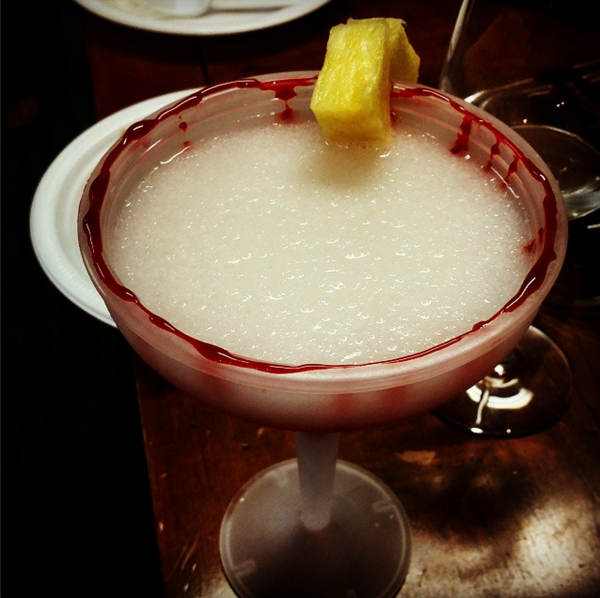 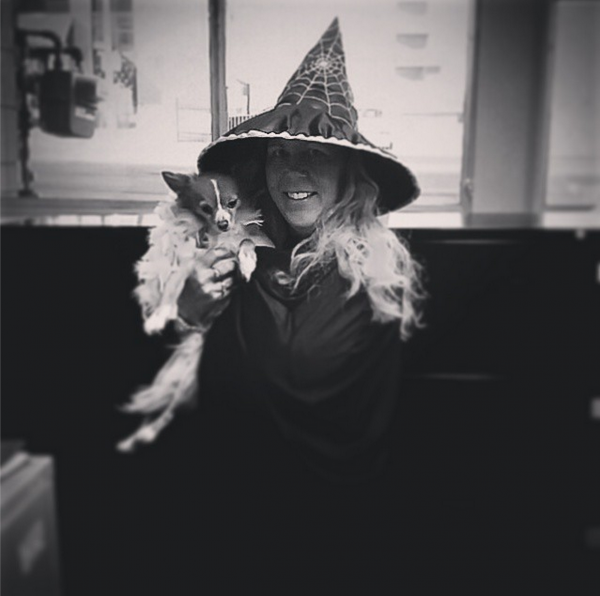 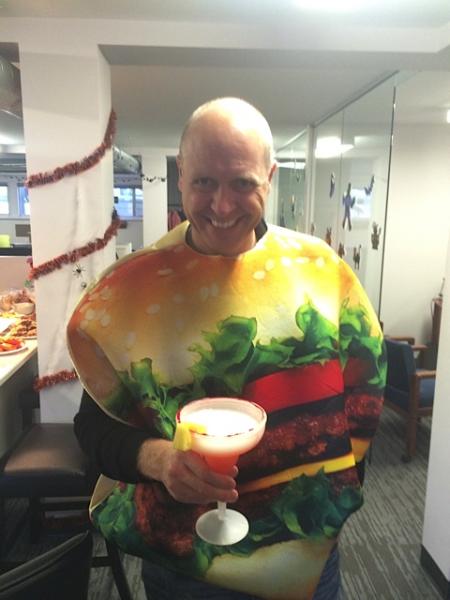 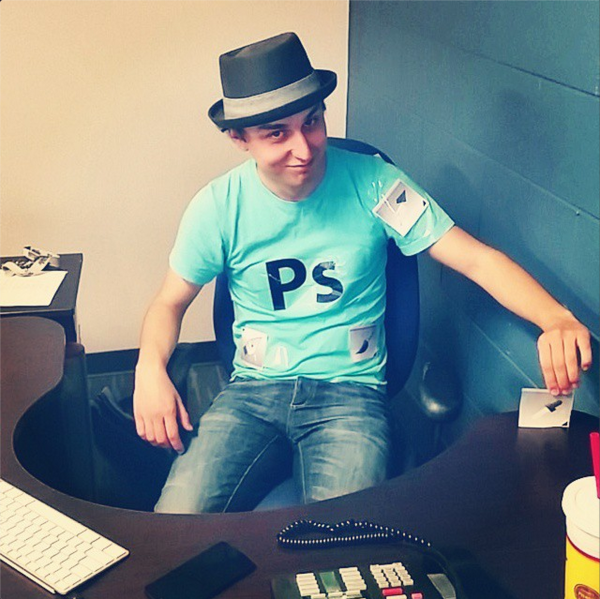 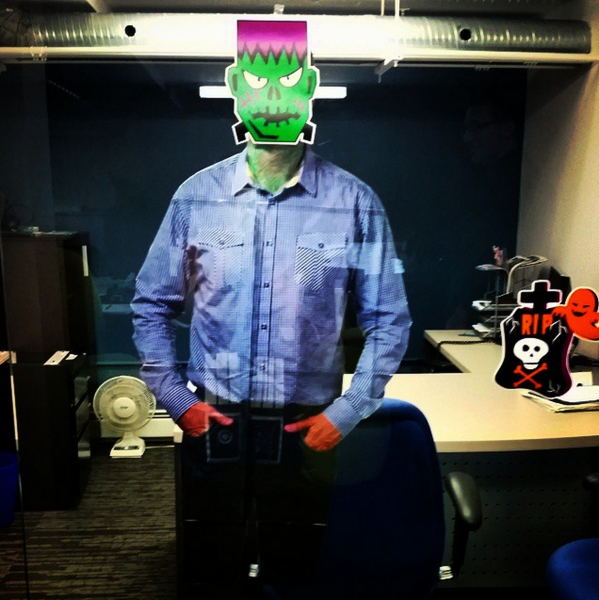 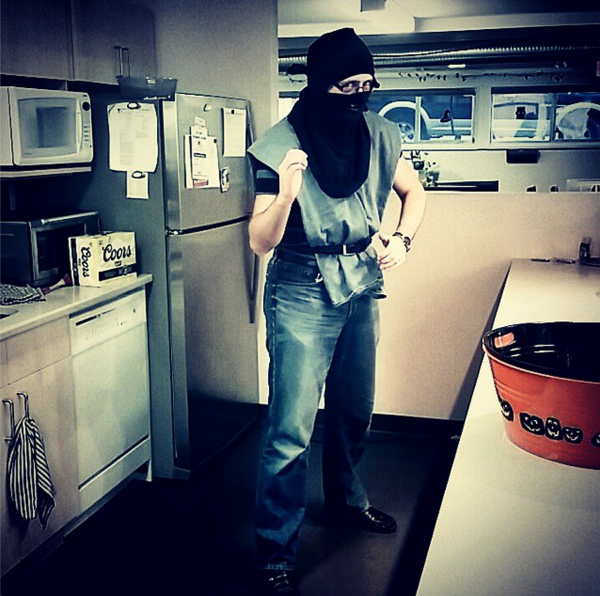 Today is Halloween and we’ve got one staff member in the Halloween spirit. We’ve got Turanga Leela in the house!

Last week was the real party, though. We decided to have our staff party one week early in the event anyone had things to do with their friends tonight (and who wouldn’t?!).

Steph and Louise decorated the office and then went shopping… What? We were in need of some booze for the festivities later.  Almost as soon as noon hit, the party started.

After we thoroughly stuffed our faces, we did some activities. First off were the Blair Witch Project Shorts. Everyone was nervous about filming their shorts at first, but once they were being played for the group, everyone was dying laughing.  It was so tough for anyone to pick a winner that we decided to draw a winner from a hat instead.  Louise’s “Louise’s Worst Nightmare” won her a slappy hand.

Up next we had “Halloween Movie & TV Trivia,” and it was a blast. Steph was the Alex Trebek of the group, while we had teams MAL (Marvin, Andrew, and Louise) and JCT (Jennifer, Clark, and Tony) fighting for first place.

Team MAL was winning by a long shot, held in first mainly by Louise’s love of scary movies. Near the end, when it hit the movie “Prom Night” trivia, MAL started to slip. Team JCT caught up just in time to give us a tiebreaker! With the tiebreaking question of Steph doing a horrible William Shatner impression, team JCT shouted out the correct answer first and won some wonderful sponges!

Finally, we watched The Grudge while snacking on treats and desserts and drinking a bunch more beer. All in all, it was an awesome party and everyone who was able to be with us that day (sorry Rachel and Sash!) had a great time.